"Turmeric" - The Spice of Life - "Let your food be your medicine." (Hippocrates)

In India, this ancient crop has been used as a "coloring agent", "a magic substance of daily life", "ornamental", "a substance of religious importance and medicine", "social ceremonies and rituals" in every nook and corner from birth to death, "cultural functions and folklore arts" much prior to the Indus valley civilization from ancient time are documented during ethnological survey. Turmeric is very popular among rice eating people as a condiment and spice and used as a natural dye for weaving. 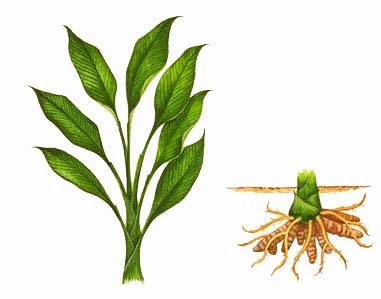 A World of Turmeric
“I have found a plant that has all the qualities of Saffron, but it is a root.”
(Marco Polo on Turmeric, 1280 AD)

This magic substance is an anti-inflammatory, hypocholestraemic, choleratic, antimicrobial, antirheumatic, antifibrotic, antivenoumous, antiviral, antidiabetic, antihepatotoxic, and anticancerous. These properties are in day to day domestic use as a folklore medicine from time immemorial.


Ornamental use of Turmeric

Ancient India regarded the nature as their wealth attach considerable importance to spiritual advancement denoted as "sacred items" and good practices for health as "puja rituals". All rituals were significant about nature and health at that time e.g. necessity of availability of turmeric for the puja of sun god and sun-bath during puja rituals.

Turmeric - Administrations as a medicine